At the just concluded Holy Ghost service in June 2017, our father in the Lord, Pastor E.A Adeboye started his sermon by offering special prayers against all kidnappers in the country (see it here June 2017 Holy Ghost Service, Abba Father 5 ).

On Saturday, Chukwudi Onuamadike, a notorious, high-profile kidnap kingpin, popularly called Evans, was arrested. He says ransoms for the release of his victims are usually paid in dollars. 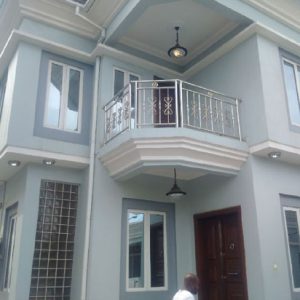 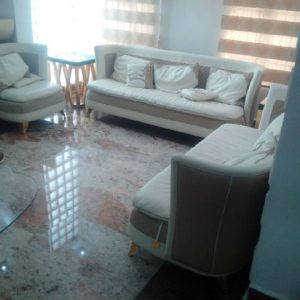 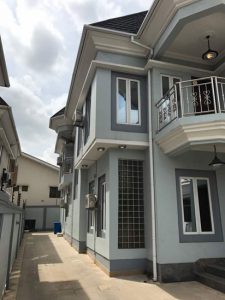 The 36-year-old, who dropped out of school at Junior Secondary School 2, also confessed to have once collected $1m ransom.

Evans was arrested on Saturday in his mansion on Magodo Estate, Lagos, after a shootout with operatives of the Inspector-General of Police Intelligence Response Team and men of the Lagos State Police Command.

The police said his modus operandi was to engage a gang to carry out kidnapping, while another gang held the victims hostage until ransoms were paid. It was said that none of the gang members knew where he lived since 2008 when he reportedly went into kidnapping.

Six of his gang members are Nwosu Chukwuma, aka Sudo, 42; Suoyo Paul aka Nwana, 42; Felix Chinemerem, 36; Chukwuemeka Bosah, 28; Uchechukwu Amadi and Ogechi Amadi. Ugochukwu and Ogechi are husband and wife.

While Ugochukwu was said to be the leader of a gang in a camp in New Igando, Lagos, where they kept their victims, his wife reportedly prepared food in the camp.

Nwana was reportedly in charge of supplying guns used by the gangs, while Chinemerem was Evan’s second in command.

They were all paraded on Sunday at the Lagos State Police Command headquarters in Ikeja by the IGP, who was represented by the Force Public Relations Officer, CSP Moshood Jimoh.

The police said Evans had raked in $4m from four of his 13 captives in Lagos, and used part of the proceeds to acquire two mansions worth N300m in Magodo Phase II, another two houses in Accra, Ghana, exotic cars, expensive wristwatches and jewellery.

The police said some of his high-profile victims included one James Uduji, who was kidnapped around his house at 7th Avenue, FESTAC Town, in 2016, and held for six weeks until $1m ransom was paid, as well as one Uche Okoroafor, a trader at Alaba International Market, who spent three months in hostage until $1m was paid for his release.

Evans, a native of Nnewi in the Nnewi North Local Government Area of Anambra State, said he went into kidnapping in 2015 when his spare parts business collapsed. He also confessed to 10 kidnappings, adding that he had two other fleeing gang members, Chinedu and Ehis, who helped him to scout for wealthy targets.

He said, “I was into importation of spare parts here in Lagos. But in 2015, customs seized my goods worth N20m and I became stranded. That was when I went into kidnapping. I usually collect ransoms in dollars and the highest I got was $1m for a victim. I am also into drug. I used the proceeds from kidnapping and drug to buy property. I have a wife and five children. I can’t talk too much.”

Although Evans was silent about his family’s whereabouts, the police said they lived in Ghana.

Ogechi said her husband told her to relocate to Lagos in July 2016, adding that she only spent two weeks in the rented apartment at New Igando.

She said, “I live in Imo State. I didn’t know that my husband was into kidnapping. He only told me he was going to Lagos to do a drug business. He sent N600,000 to me for our children’s upkeep and school fees. He later said he wanted me to relocate to a rented apartment in Lagos. It was one Ngozi that rented the apartment in my name and she came to pick me up when I arrived in Lagos. I only spent two weeks before I went back to Imo.”

Her husband said, “I came back from Malaysia because I had issues with my girlfriend over there. I invested the money I brought to Nigeria in buying and selling. It was in the process I met Evans at Port Harcourt and he promised to assist me if I could work with him.

Nwana said he first met Evans in 2008 at a militants’ hideout in Bayelsa State. He said Evans recently contacted him on the telephone to supply him guns. He said Evans promised to pay him N3m.

“It was our conversation the police traced to arrest me. I have never been involved in the kidnapping,” he added.

Chinemerem, the second in command, said, “I was selling nylon in the Okota area, when Evans approached me that I should be supplying him the nylon, but when we became close, he introduced me to selling hard drugs. Whenever I delivered the drugs to some of his customers, he would pay me. It was in 2015 that he opened up to me that he was into kidnapping and made me his second in command, I controlled his seven gangs across the country and reported back to him. I was tracked to Anambra State.”

Bosah said Evans met him in Ghana where he was selling clothes and introduced him to kidnapping.

He said he only participated in the abduction of a pharmacist, who escaped from their den in Igando, adding that he had not been given any share before he was arrested.

The FPRO, Moshood, said investigations revealed that Evans was involved in cross-border crime, noting that the Force was talking with Interpol to unravel atrocities he had committed outside the country.

He said, “The force will build on this success and continue to prevent kidnap cases and criminality in the country.

“During interrogation and preliminary investigation, Evans and his gangs confessed to all kidnappings linked to them. He received $1m each from four victims and is the vicious leader of a highly organised kidnap-for-ransom syndicate responsible for kidnapping of prominent Nigerians in the Western, Eastern, Southern and Northern states.”

May the name of the Lord be glorified forever in Jesus’ name. Amen.